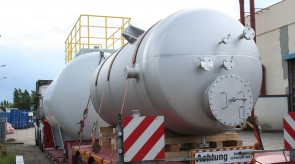 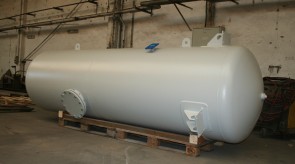 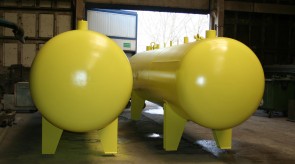 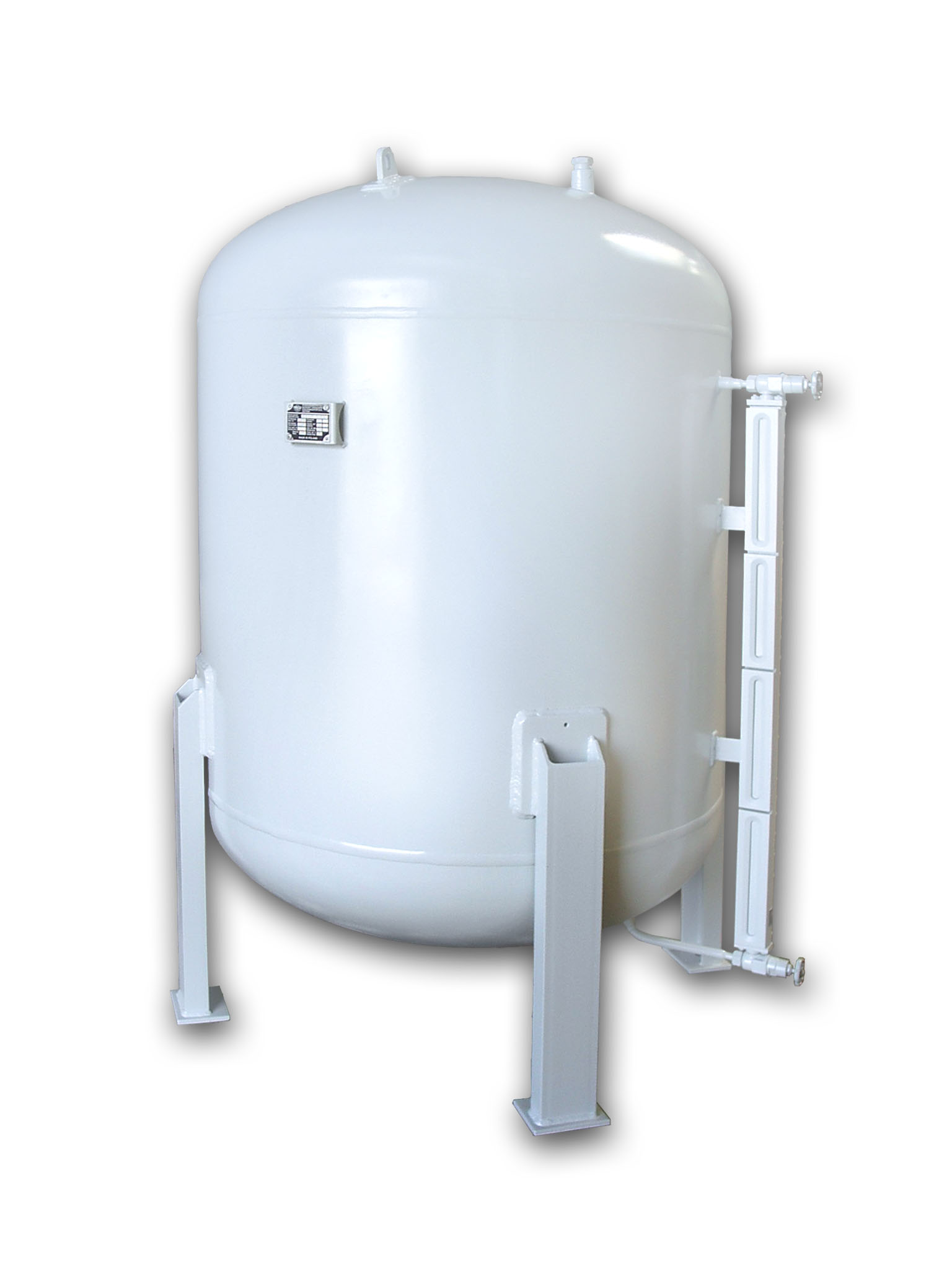 Receivers for accumulation and storage of liquid coolants are manufactured in 4 series of types: We are producing air receivers used in following installations: 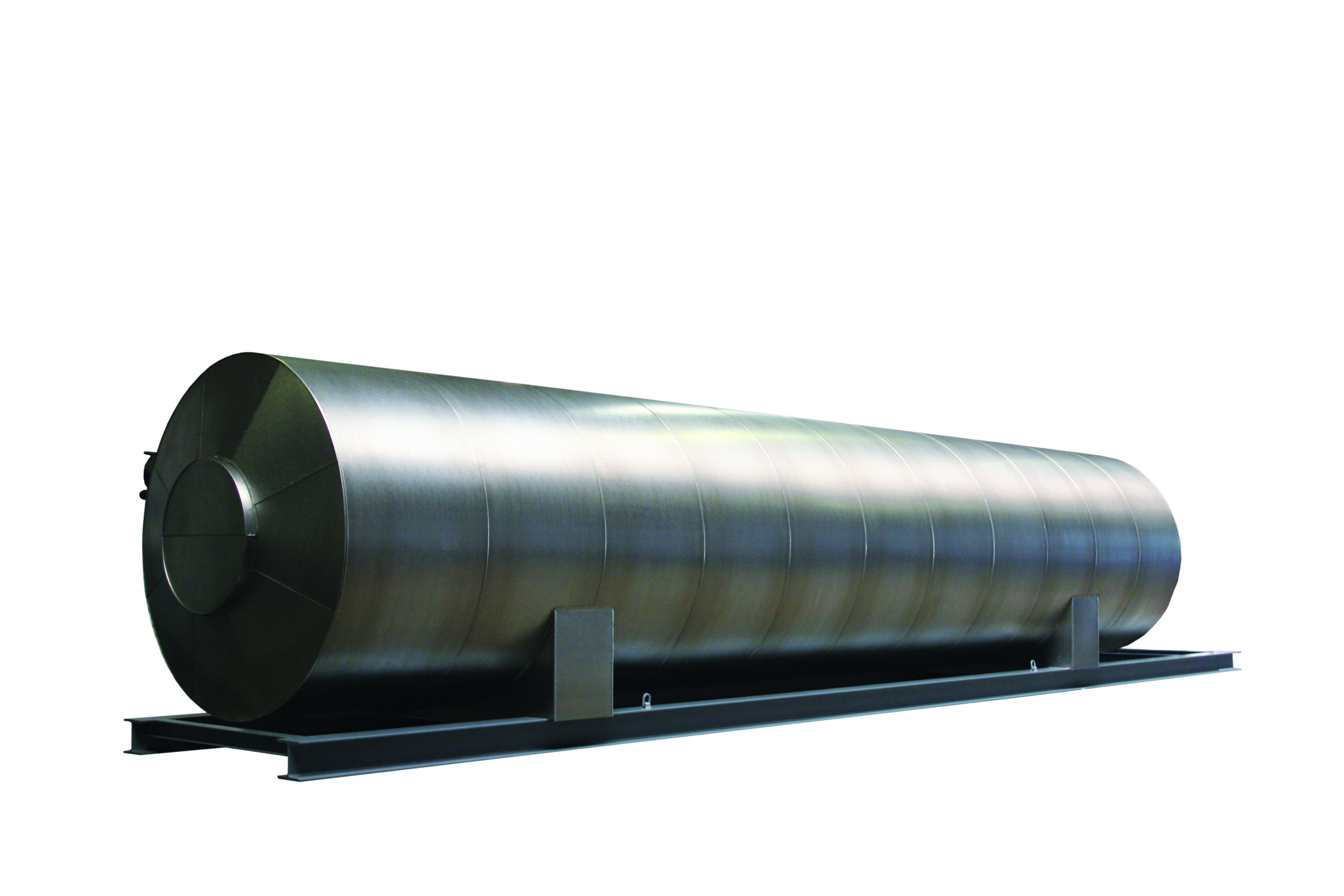 Water tanks manufactured in PBUCH SA are designed for working in a different technological systems:

Such units are made from following components set on a skid: 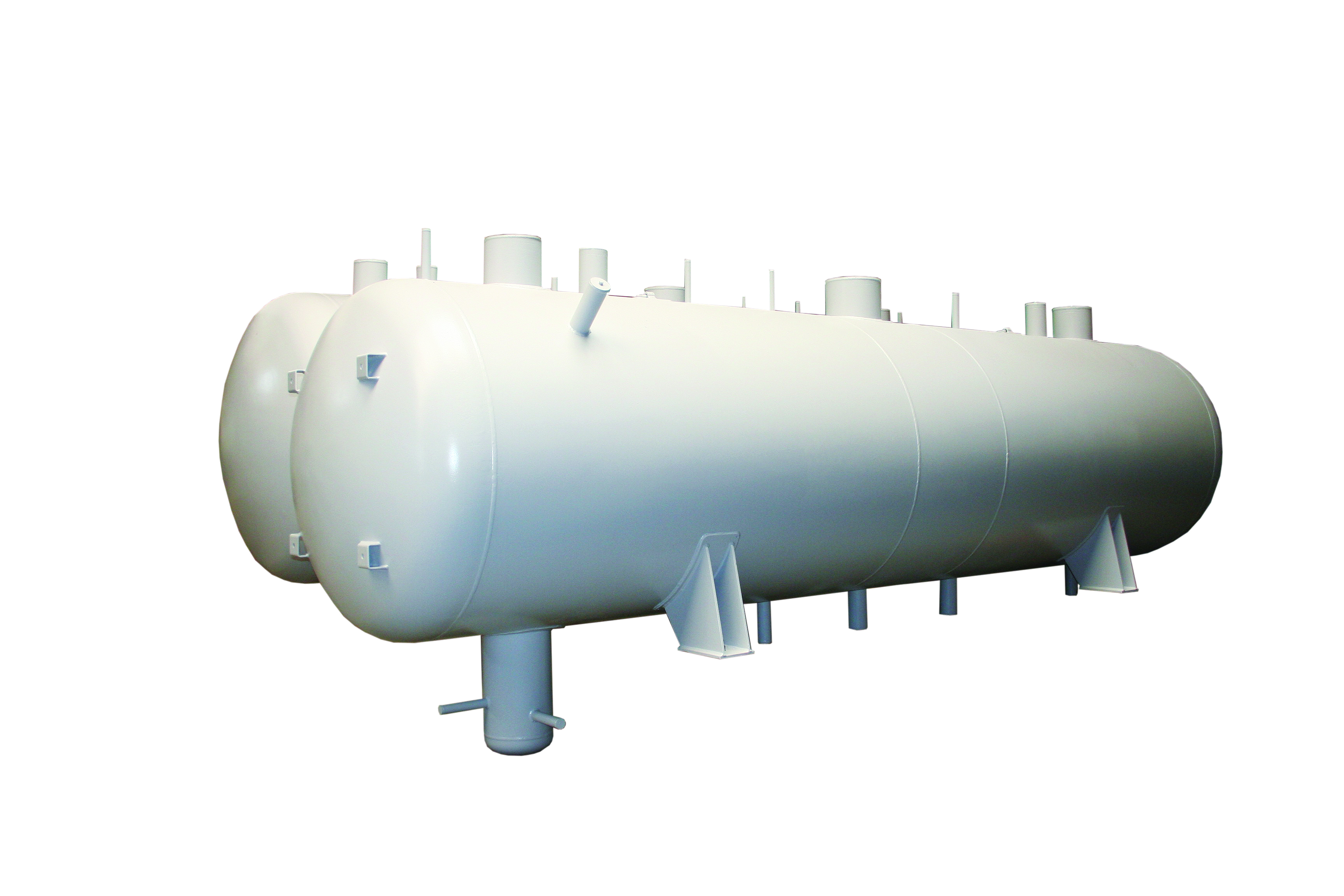 NH3 from the refrigeration plant can be accumulated in storage tank to prevent losses of ammonia during refrigeration system stopage or renovation. 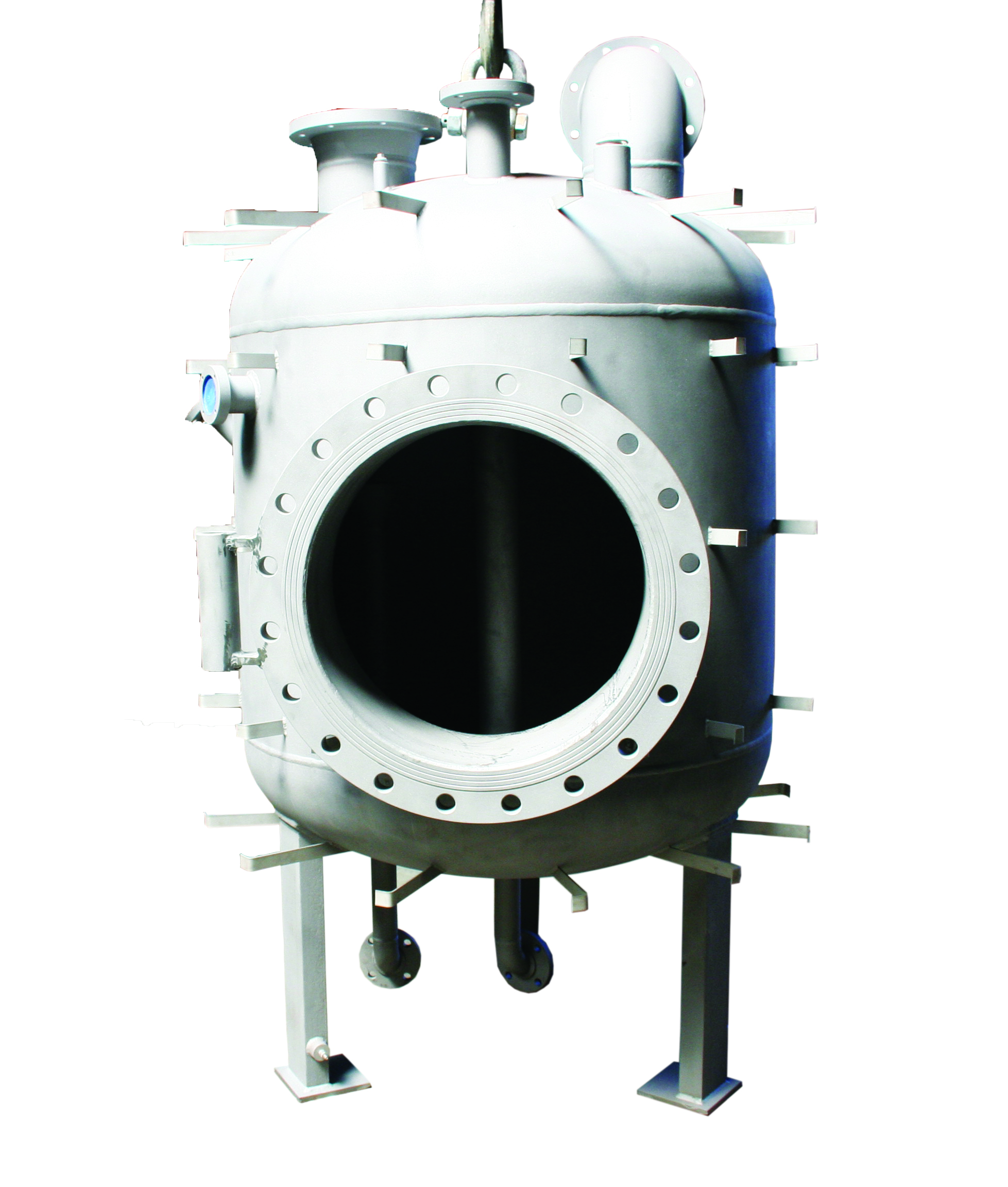 Separator of hydrocarbon-water-vapor mixture – a pressure vessel used for separating drilling fluids from the oil wells on separate ingredients: vapor, water and oil. Manufactured according to “Offshore standard: DNV-OS-D101 - Marine and Machinery Systems and Equipment”.

Separator is equipped with manhole, baffles, connections and laser and magnetostrictive level sensor.

Level sensor was used for the high-accuracy, continuous level measurement of liquids, based on determining the position of a magnetic float according to the magnetostrictive measuring principle.

Separator was designed for working temperature in range between -7oC and 170oC, and because of it’s localization on upper deck of Martin Linge FSI it has been isolated and protected with shell made of steel plate. 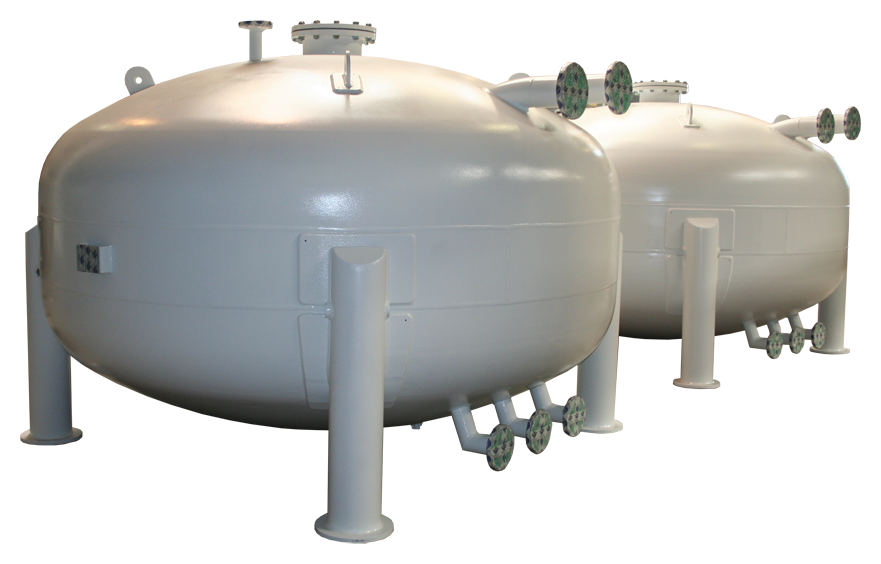 According to requirements PBUCH is producing pressure tanks for various bulk materials:

Such vessels are used in PSV/OSV (Platform/ Offshore Supply Vessel) Bulk Handling Systems for storage and transport of bulk materials needed during a process of  crude oil extracting. 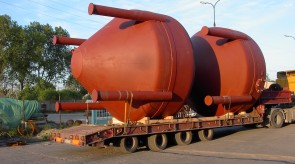 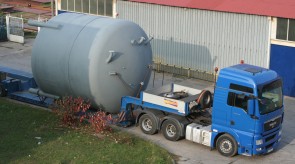 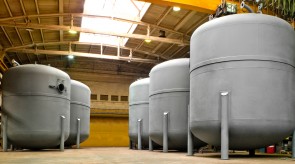 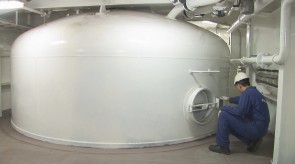 Following project requirements of our clients PBUCH offers engineering and production of tank modules built on a frame and equipped with control system.

The DCP tank modules are designed to filter out the usable powder from the air. 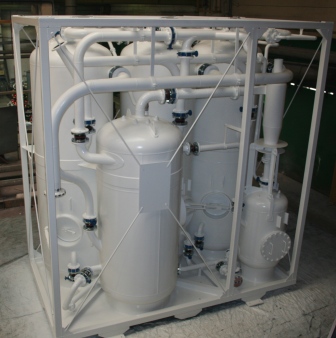 Loading stations are a special system for transporting dry and liquid bulk cargoes needed on drilling platforms, such as cement used to plug boreholes and barite to balance pressure in wells. In addition, this system is also used to transport waste generated as a result of drilling. 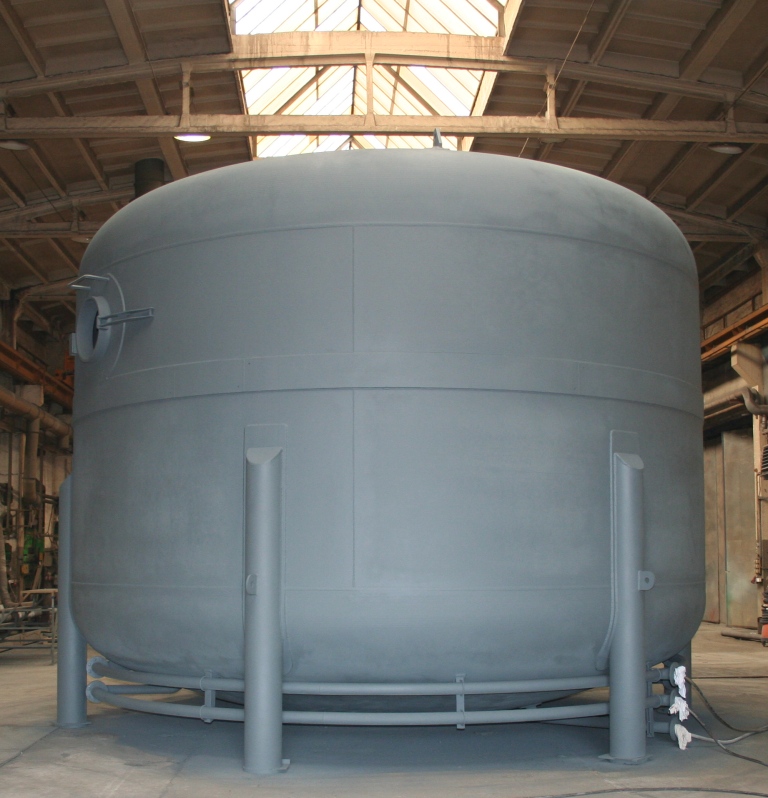 Bulk tanks with a 6m diameter